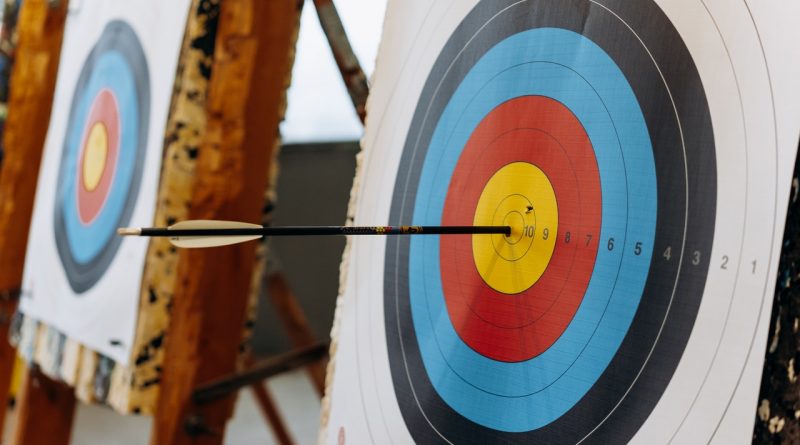 Vacation plans in most families are formulated on compromises. The interests of each member of the family must be taken into consideration. The amount of time available, the season of the year, and the amount of money that has been set aside in the vacation budget envelope, are controlling factors in planning any vacation.

The Labor Day week-end generally marks the close of the summer vacation season. Rates for accommodations are reduced and many desirable locations are available. If your family enjoys the mountains, there is no lovlier time of the year outdoors’than the golden month of October. Crisp mornings, brilliant sunshine, and warm comfortable afternoons make each day in the wooded wonderland perfect. Gone are the heat and the insect pests that plague one in the summer time. The trees are decked in their gaudiest colors. Flaming reds and orange which an artist despairs of reproducing and which the color camera at its best produces only an approximate imitation are scattered with a lavish hand over the ridges and valleys. Forest trails invite the hiker and the camera enthusiast as well as the bow hunter. Where, during the spring storms, the muddy waters tumbled down the mountain streams, now the speckled trout feeds in the crystal clear pools that dot long stretches of the stream, rising ‘to some unseen aquatic insect and safe from the artificial offering of the trout fisherman.

State and National Parks throughout the main deer range offer wonderful opportunities for vacation-bound families at this time of the year. The crowds with the attendant turmoil and noise that they always create have departed and the woods has once more become a place of solitude and quiet. The facilities afforded the general public in the Pennsylvania State Park System are duplicated over and over again across the nation. Off-season rates for cabins range from $7.50 per week for a small one room cabin with two beds to $15.00 for a three room cabin containing four beds. Cabins are provided with electricity for lighting and a small electric range is standard equipment in several of the parks in the Keystone State. Fire wood is cut and stacked near the cabins for use in the open fireplace. In addition, some of the cabins are equipped with wood burning heating stoves which can be used as an auxilliary cooking unit. A source of pure water is conveniently located and refrigeration space is provided for the preservation of food. The temperatures at night may drop below freezing. Woolen blankets and warm clothing are essential for comfort, although the temperature will probably rise to the 70′s or low 8o’s during the middle of the day unless one is in the higher altitudes of the western states. State parks formerly closed to hunting have in recent years been opened to bow and arrow hunting. In general the parks are located adjacent to large tracts of public lands which are open to hunting. A system of well built forest motor roads is maintained in the park systems and in the state forests. The National Park Service has built miles of excellent motor roads throughout the National Park System of the United States. These roads offer exceptional opportunities to explore the forested areas by motor car. A “Public Use Map” of the state and national forest areas, showing the network of forest motor roads and hiking trails is almost always available, and may be secured by writing to the National Park Service in Washington, D. C. or to the Park Service or Forestry Department of the several states. In Pennsylvania, these maps show in addition to the forest road system, the location of fire towers, state game refuges, and scenic lookout stations. Sign posts have been erected at the intersections of forest roads and the mileage to various points and places of scenic interest are indicated on the signs. With a copy of a “Public Use Map” as a guide, an all-day motor trip may be planned through a state forest or in a national forest where it is a common experience to see grouse flush from the road ahead of the car, and grey squirrels scampering up a nearby tree at any time of day, while in the late afternoon one to several deer may be surprised around the next turn in the road on their way from the bed grounds to their favorite food plot.

Scenic beauty is not the primary consideration on which our modern highway system developed. Transportation and rapid communication influenced the choice of location, and economy dictated a water level route wherever one was available in mountainous country. The forest roads, freed of the obligation of providing a highway for commerce, wind by easy stages to the highest ridges, where the vast forested areas of our country look like a sea of waves, as ridge after ridge encompasses the view from our immediate foreground to the far horizon. A fire tower standing stark against the sky on a distant ridge looks like the mast of a battleship at sea. We look at our compass, orient the map and locate the tower. To our surprise we find that it is more than fifteen airline miles away.Below our lofty perch one of the many species of hawks native to Pennsylvania soars over a wooded valley, its flight effortless as it rides the thermal currents flowing up the mountain slopes. In the immediate foreground and almost a 1,000 feet below us the narrow thread of a state highway, shining in the morning sunlight, leads through a covered wooden bridge on the outskirts of a village whose houses look like small white doll houses in the distance. A look at the map and we realize that we bought gas at the village gas station only a short hour ago. In our imagination the highway reverts to an Indian path and the village a collection of thatched-roof huts. Thus it must have appeared to a member of the mighty Iroquois Nation, armed also with a hunting bow, as he gazed at the scene spread out before us. These experiences are not limited to any one single state. They can be repeated in the Green Mountains of Vermont, the White Mountains in New Hampshire, The Blue Ridge in Virginia and the Great Smoky Mountain National Park area in Tennessee and North Carolina. Along the backbone of the continent and in the coastal range of the far west, the mighty mountain masses offer almost unlimited possibilities for hunting and recreation combined.

A description of the facilities available in one state and the preparations you should make before starting on your trip are generally common to all the states. What you should plan and arrange for a trip to the public parks in Pennsylvania will serve as a guide in making arrangements with officials in any state which you select for your vacation. A map showing the location of the state parks and state forest areas is available and a copy may be secured by writing to the proper state agency. There are 12 state parks which have cabin facilities within the boundaries of the Keystone State. The location of the parks and also of the state forests is shown on a map compiled by the Department of Forest and Waters entitled “Pennsylvania State Forests and Parks.” This map is available for free distribution. If you intend to make your headquarters in one of the park cabins for the special archery deer season, you should also provide yourself with a “Sportsman’s Map of Pennsylvania.” This map is published by the Pennsylvania Game Commission and shows in color, the location of state game lands, game refuges, in addition to the state and national forest areas. This map sells for fifteen cents a copy and may obtained by writing direct to the Game Commission at Harrisburg, Pennsylvania. From the Superintendent of Documents, Government Printing Office, Washington 25, D. C. you may purchase a map of any one of the national parks of the United States together with a folder describing the points of interest and the facilities available to the public, such as camping areas, cabins, and commercial tourist accommodations. A portfolio containing the maps and published information available upon request will provide you with first hand information on all public recreational and hunting lands in the vicinity of the park in which you choose to make your headquarters. With a good compass you can travel with confidence and need not confine your hunting to the lands adjacent to the main highway routes.To secure a cabin in a state park during the October bow and arrow deer season in the state of Pennsylvania, write to the Department of Forest and Waters at Harrisburg and request a “Cabin Rental Application Blank” and a copy of the “Cabin Renting Regulations.” A list of the state parks in which cabins are available will be sent to you along with the application. It goes without saying that the number of cabins available is limited and application should be made at the earliest possible date. There are a total of 168 cabins in the Pennsylvania state

Parks and a number of these cabins have been available during past special archery seasons. Application may be made anytime after January first for the current year. The author has used these cabins during past special archery seasons. Located in park-like woodland settings, off the main highways, they make a delightful base from which to sally forth to enjoy the outdoors. A week’s vacation by a party of four at World’s End State Park in Sullivan County, Pennsylvania cost a party of four less than $20.00 each for food, lodging, and transportation. In this day and age a better buy, vacation wise, would be hard to find. If you will make the effort you will find that similar set-ups exist in practically all of the states that offer prospects for good bow hunting. Not widely advertised because they are not commercial establishments, it is up to the individual to make inquiry and develop all the possibilities in the area he chooses for his vacation before committing himself to the expense which will be incurred at highly advertised tourist centers. 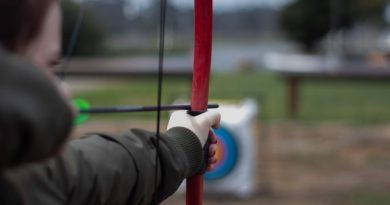 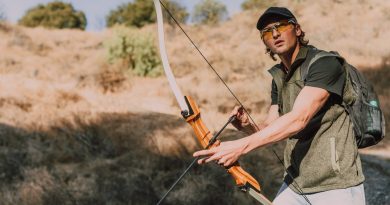 Things You Should Know About Bowhunting in the USA