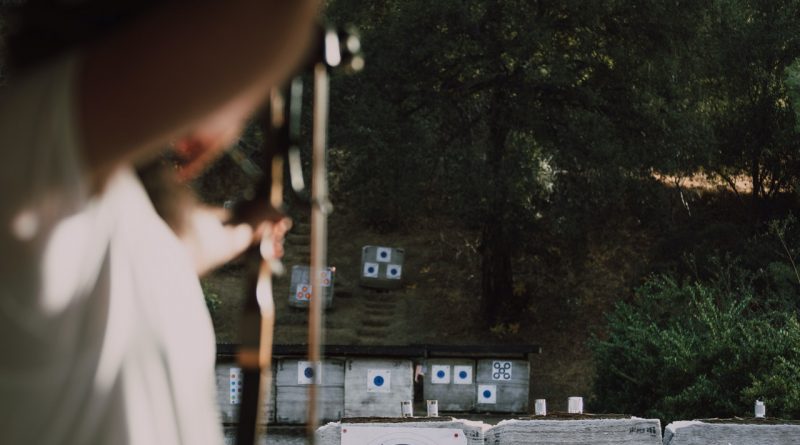 The crossbow has been known in Europe since before the Norman Conquest of England in 1066, and is a small, man-portable version of the Roman-era ballista. During the more than one thousand years of its existence, the crossbow has gone through a steady evolution. The earliest crossbows were drawn by standing on the bow and pulling the string to the catch by brute force. The later, medieval crossbows, meant to have at least a chance of penetrating the high-quality plate armor of the period, had draw weights as high as 300 or even 500 pounds, and needed to be drawn with a complicated mechanical crank or cranequin. In the early 16th century, Hernan Cortes and his conquistadors used light crossbows cocked with a ‘goat’s-foot lever’ during their war with the Aztec empire, alongside early firearms. After this time, use of the crossbow gradually faded, until its use was revived for hunting in modern times.

The Cobra Bows 150-pound Crossbow is an excellent example of a no-nonsense modern crossbow meant for the target range and for hunting. Fitted with the usual curving steel bow, horizontal strut, and a modern rifle stock with a pistol grip and trigger, this crossbow is made mainly out of fiberglass and aluminum, keeping its weight down to a fairly manageable 5 pounds. The string length is 27”, and the draw weight of the bow – as its name suggests – is one-hundred fifty pounds. The weapon fires bolts which are slightly too small for broad-headed hunting arrows, however.

The 150-pound Crossbow includes iron sights, a scope, and a laser. The iron sights come installed on the crossbow and must be removed in order to attach the other equipment. This, unfortunately, is a considerably more rigorous process than fitting the string to the bow, and you would be prudent to allocate plenty of time for changing to the scope, since it is not easy to remove the iron sights. The scope gives 1.5x magnification, and does not have adjustable zoom, but is sturdy and serviceable.  However, you can adjust the scope for windage and elevation, and lens caps are also included to keep its lenses scratch-free when not in use.

The laser is of considerably higher quality than the scope, and is of rifle grade. Like the scope, it can be adjusted for both windage and elevation, and features an on-off switch. This helps to compensate for the lack of adjustable zoom on the scope, since it allows you to accurately check your aim at the speed of light.

The crossbow is quite accurate and users report that they can easily get a 2” arrow spread when shooting at a target at a distance of 100 feet. The advantage to a crossbow, of course, is that it can be held ready to fire almost indefinitely – even a compound bow with a good let-off cannot compete with a crossbow in this regard. You should uncock and probably unstring your crossbow when it is not in use, to avoid long-term stretching and compression of materials, but when you are in the field, it is possible to keep your crossbow cocked and ready for hours if needs be.

The Cobra Bows Crossbow is a good example of a cheap but effective update to the thousand-year-old weapon that has been used successfully in both hunting and war. With the included scope and laser, it is quite accurate within normal ranges, and the 150-pound draw weight ensures that it can drive its bolt at an IBO speed rating of 220 feet per second. This is enough to exceed most recurve bows and compete with the middle range of compound bows, proving that this time-tested design is still able to hold its own in the modern hunter’s or target shooter’s arsenal. 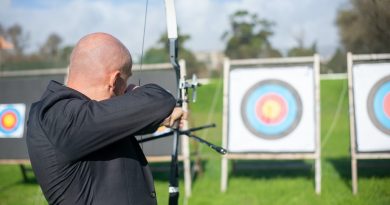 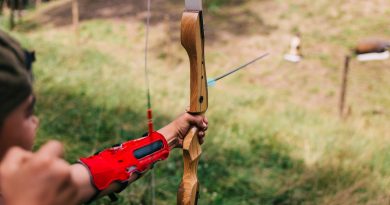