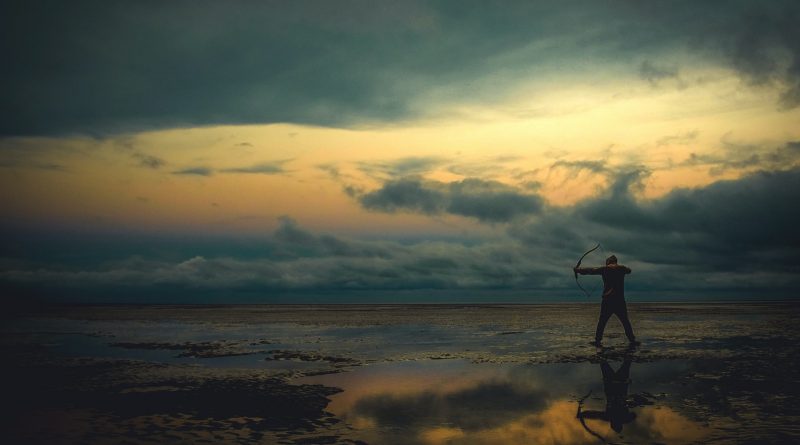 Modern historians believe that the bows used by the first archers were invented in the later periods of Paleolithic or the early days of Mesolithic periods. In Europe, the earliest indications about bows date back to 10,000 B.C. In the Egyptian culture, bows are believed to have existed at about the same time. Most of the early civilizations, including the Indians, Chinese, Koreans, Japanese, Persians, Hungarians, Parthians, and Assyrians, had been known to have deployed huge number of archers in their armies during wars. Even though the exact date of origin of the bow in India had not been properly determined, the Sanskrit term, ‘Dhanur Veda’ for archery brings out the fact that archery was taught extensively as an essential martial art several millennia ago. The mythical characters of ancient India, Rama, Arjuna, and Karna were all considered as great experts in archery. Similarly, the deities and heroes in Greek history like Apollo and Artemis, Cupid and Diana in Roman mythology, Agilaz in Germany, Arash in Persia, William Tell and Robin Hood in England, Marduk in Babylon, and Hyak in Armenia were all excellent archers. Yi the archer in Chinese mythology and Jumong of Korea were local archery heroes in their country.

Archery as an art and as a hunting equipment declined after the invention of the gun but was still used by many that loved traditional hunting methods. However, the delicate skills and techniques required to become expert archers was appreciated by sports lovers. Archery witnessed a revival and became part of many sports competitions, including the Olympics. Modern competitive archery requires the archers to shoot arrows at fixed targets from set distances. This is termed as target archery.

In the United States and Europe, another type of competitive archery known as field archery is practiced, where the archers shoot at targets in wooden settings with the target distances varying in each competition. The tournament and competition rules vary from one organization to another. However, most of the modern archery competitions adopt the rules of the International Archery Federation. This Federation is called as FITA or Federation Internationale de Tir a l’Arc. Even the archery rules implemented in Olympic Games follow the FITA rules.

The modern competitions that follow the target archery model are held both indoors and outdoors. The target distances for indoor competitions are usually between 18 meters and 25 meters. The distances in outdoor archery competitions vary between 30 meters and 90 meters. The targets are square or round boards, having 10 evenly spaced concentric rings, usually in different colors for each ring. The scores start at 1 for the outermost ring and end at 10 in the innermost ring. Apart from these 10 rings, there is another small ring in the innermost section, which is known as ‘bull’s eye’. The size of the target boards also vary in each competition. The standard FITA indoor target board is 40 cm for a distance of 18 meters. For outdoor competitions of FITA and Olympic Games, the target board size is 122 cm for distances in the range of 70 meters to 90 meters. Each archer is allowed to shoot 3 or 6 arrows in one session, within a set time limit. At the end of the session, the archers walk to the target to note down their scores and retrieve the arrows for the next session.

Field Rounds – usually fix the targets up to a maximum of 80 yards with the target having a bull’s eye, a white ring outside the bull’s eye, and a black outer ring. The points are 5, 4, and 3 for hitting each one of these rings, respectively.

Hunter Rounds – normally have shooting distances up to 70 yards for adults. The target usually has a black background, with a white bull’s eye. Scoring is similar to the field rounds. The target distances for children and youth are kept at about 30 yards and 50 yards, respectively.

Animal Rounds – follow the real hunting pattern and use two-dimensional, life-size animal picture targets and the distances are ‘uneven’ to imitate the real hunting environment. The archer starts from the longest distance, termed as first station, and shoots. If he scores a hit, he need not shoot again. If he misses, he advances to the second station and to the third station, depending on success or failure. In this type of competition also, children and youth are allowed to shoot from reduced distances. The scores for hitting from each station are 20, 16, and 12, if the competition follows the vital scoring rules. In non-vital scoring rule, the scores are 18, 14, and 10.

The main aim of field archery is to help the archers improve their techniques in a realistic outdoor setting. However, since the archer needs to walk across rough terrain to retrieve the arrows after every round, fatigue is an issue like gold in this type of competition.

Other Types of Archery Competitions

Some recreational groups practice a peculiar type of combat archery, in which two groups of archers, divided as ‘heavies’ and ‘lights’, participate. Lights wear armor, while heavies do not wear any armor. The archers in each group shoot at those in the other group with arrows that are cushion-tipped to avoid bodily injury. The bows used are generally longbows of low power. The maximum draw-weight allowed in combat archery is about 30 pounds or 14 kg. The rule in this archery is that the archers should not shoot at ‘lights’ and only the ‘heavies’ should be targeted. This type of combat archery competition could become quite popular, since this involves actual moving targets and battle scenes could also be recreated. 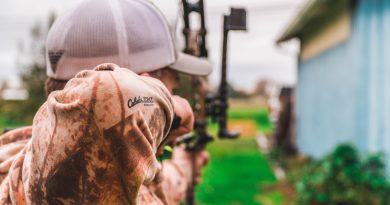 Archery as a Sport in the USA 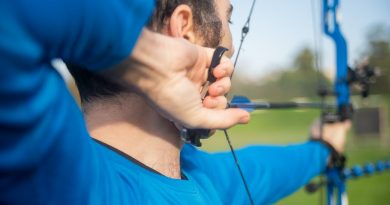 Ammunition for the Bow