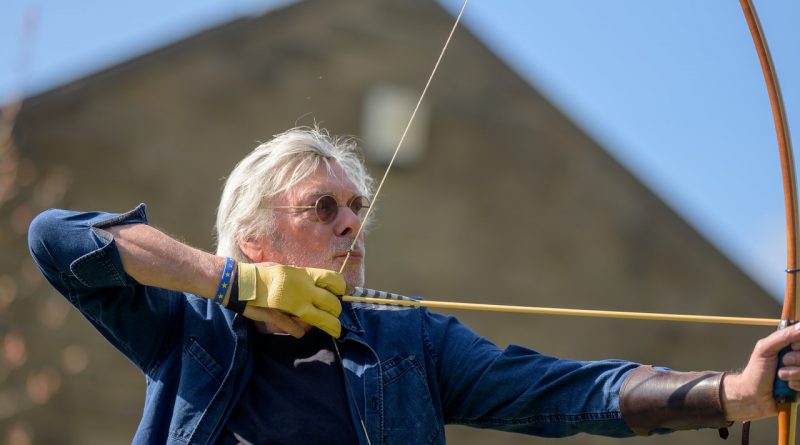 The most common bows in use are the Recurve bows and the Compound bows. The Recurve bow is aptly named owing to its curving away limbs from the archer. This model is derived from the bows of antiquity with the materials used and refinements as difference. The archaic or traditional longbow is usually made of wood with no arrow rest or other accessories. Modern longbow is made of more resilient materials like the fiberglass or carbon fiber based materials. The modern longbow is also well equipped with many other aids like the arrow rests, stabilizers, sights, and other attachments. A Barebow is one, which is devoid of all these accoutrements.

It takes more force to pull a Recurve bow and it is directly proportional to the distance pulled i.e. more the distance pulled, more is the force required. The Recurve bow due to its lower cost is selected as the first bow in many archery events. But, it takes long time and practice for the archer to master a Recurve bow. It requires good stamina to hold the bow in drawn position and aiming at a target. The muscle tone will get better and the archer will get better archery skills if he or she practices with a Recurve bow.

Another type of bow in use is a Crossbow. The Crossbow is usually mounted at the end of a stock that resembles a rifle stock. Like a rifle, the bow should be cocked before use, the arrow inserted and the string should be released by the trigger finger.

The accessories and materials

Some of the Recurve bows are designed for lightness and strength and they have risers, the aluminum alloy made handles for archer comfort. The limbs that are attached to the risers can be detached and the bow can be stored after dismantling. This type of bow is also called as ‘break – down’ bows. In some of the bows, the handles are made of an alloy of magnesium and aluminum, which is made by pouring the molted alloy into a handle mold. The alloy handles will be finely crafted and well machined for finer look and performance. Wooden risers will be featured in some of the children’s bows. They are usually of low cost but some hand made wooden bows can be more expensive.

Usually man-made materials like the fiberglass, carbon, and syntactic foam are used in the making of the limbs of a bow. The limbs play an important role in storing the potential energy of the archer and deliver it to the arrow as the kinetic energy. When the bow is not in use, the bow can be dismantled and the string and the limbs can be detached from the risers. This allows easy storage of the ‘knocked-down’ bow.

Unlike the Recurve bow, the Compound bow is not ‘knocked-down’ when it is not in use. An equipment called ‘bow press’ is used to ease the tension between the limbs and the bow is stored at a safe place. When bow pressing is done, the cams are synchronized and they are held in place by the tension. Compound bow cases are tailor made to accommodate the entire bow.

The bow strings are usually made of a hydrocarbon material called ‘Fast flight,’ which also has some medical uses. Alternatively ‘Kelvar’ is also used in string making. It is well known that ‘Kelvar’ is used for making bullet-proof vests. One important thing the string maker considers is that the string should not stretch under normal environmental conditions. If the string stretches, then it would considerably alter the pull weight of the bow making the consistency ineffective for arrow shots. Another important thing the string maker considers is the placement of the ‘serving,’ which is placed where the arrow is nocked to match the notch on the arrow. The string makers usually place a small ring permanently on the serving to spot the place of arrow resting while it is nocked. When this mark is replaced the archer should place a bow square to make sure that the alignment matches with the arrow rest and the nock point.

Using the middle three fingers of the draw hand the archer will pull back the string to an anchor point pulling the arrow. The archer will cover the three drawing fingers with a glove or a leather ‘tab’ to protect the fingers. A metal shelf is built into the tab so that the 2 fingers on either side of the arrow do no squeeze it.

The archery sight is equipment, which helps the archer to aim at the target like the sight of a rifle helps the shooter to take aim. The arrow should be drawn in the string and should be placed to bow up with the centre of the target using the sight. The sight will have many adjustments, which enable the sight to move in up-down and left-right dimensions with adequate markings. This enables the archer to acquire the target making adjustments to suit the ageing equipment, weather, distance, and temperature.

To protect the archer’s arms and chest from string burn, he or she will use arm guards and chest protectors. These protectors also provide a low-resistance surface over which the string will glide upon release. To hold the arrows, the archer will carry a quiver. Hunter’s quivers will be worn on the belt or over the shoulder so that they can move along with the quiver and chase the moving target. Archers, who shoot at stationary targets, use a free standing hoop that carries the archer’s arrows in a position that enables the archer to reach for the arrows without moving his or her legs. This is important for stationary target archers because accurate archery can be achieved only by positioning the legs in particular position and not moving it between shots.

In the Recurve bow events, the arrows will speed up to a velocity of 150 miles per hour while in Compound bow events, the flight speed will be more than 225 miles per hour. The shafts of the arrows are usually made of aluminum or carbon fibers containing aluminum. It is known that aluminum arrows are more durable and feature uniform shape and dimension while the carbon containing aluminum arrows fly faster due to the lesser cross-wind resistance they sustain. Arrows may be made in varying widths. For long distance shooting, carbon arrows are preferred as they are tailor made for them to sustain the cross-wind resistance. Small width arrows typically minimize the wind resistance during arrow flight. Larger width arrows usually suit for short distance firing and indoor firing. As the larger width arrows only need to just touch a line to score higher point, they are theoretically better for scoring purposes.

The proximal end of the arrow is usually weighted and tipped with a target point so that penetration of the target is achieved over a short distance. But in hunting arrows, a sharp cutting point called field point is used. The other end from the tip features a nocking point, which is nothing but a plastic cap glued. This plastic cap holds the string until it is discharged from the bow. It also offers protection for the shaft by averting hits from later incoming arrows.

In many arrows, fletchings are glued to stabilize the arrow’s flight. Many times, they are attached in a particular way that it causes the shaft to spin around its long dimension, stabilizing the flight of the arrow. But, this may cost the arrow’s flat trajectory. There are usually 3 fletchings placed on the arrow and the index fletching features a different color than the others.

The nock is installed in such a way that it grips the string perpendicular to the index fletch and the other two fletchings brush the risers equally in passing disturbing the flight of the arrow minimally. The easier way to describe it is that the odd color always stays away or on the outer side of the bow. Fletchings are usually made of plastic feathers or solid vanes in many shapes, colors and lengths. 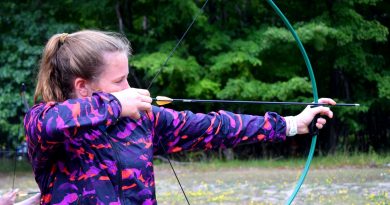 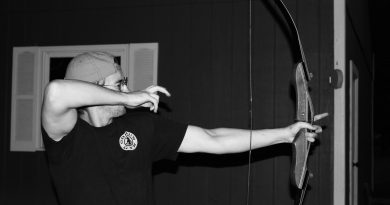 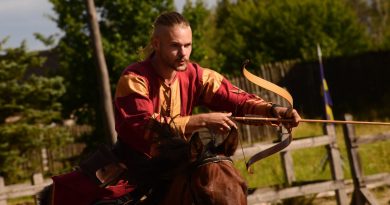 The Bow – Types, Materials, and Characteristics