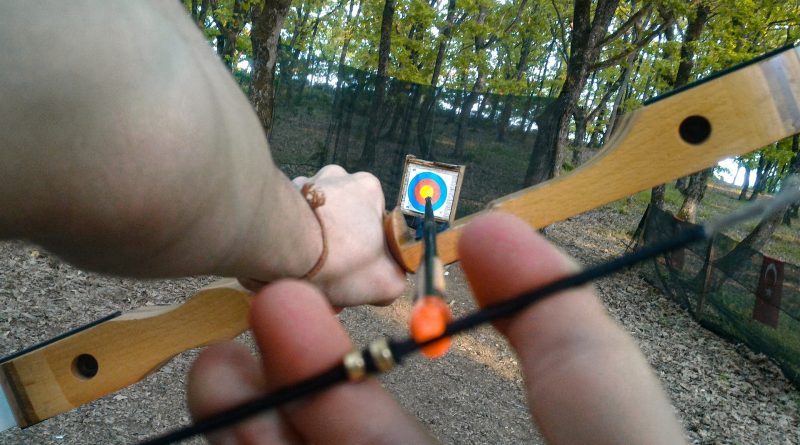 Conservation officials responsible for management of our wildlife resources tell us that the crux of the problem of an adequate supply of game is land. People differ in ideas as to how land best may be used. Forestry, farming, wildlife, and man made works are in conflict one with another because of the scarcity of land, and each competes for its use. The ultimate aim of society as a whole is to provide the maximum of satisfaction and contentment possible under such a conflict of interests.

A diversity of interests also exists among members of any particular group, and wildlife administrators are under constant pressure from organized minorities within groups to whom self interest is more important than the welfare of the group as a whole. According to wildlife experts, the educational and recreational aspects of our wildlife resources are the true measure of their value to society and management practices should have these ends in view. On this basis the value of a deer herd in any particular state is not measured by the number of the animals in the herd but by the numbers of persons who seek the deer in its natural habitat and the length of time in which this elusive animal may be legally hunted. To many persons the opportunity to observe deer in the wild state is sufficient reward; others are sportsmen interested only in a buck carrying a trophy rack, while a large number of hunters find just as much sport in hunting a doe as a buck; and when a supply of venison is sought for the family larder, the meat of a yearling doe will prove equal to if not superior to that of a buck. Each year, in increasing numbers bowmen seek to match their skill against the wily deer and other big game animals. It is the studied conclusion of conservation officials in one of our leading big game states that the white tail deer herd can stand an unlimited amount of hunting with the bow and arrow. As a result Wisconsin and Michigan have gradually extended the length of the special archery season and in 1954 Wisconsin had a 51 and Michigan a 36 day season when bear and deer of either sex were legal game for the bowmen.

Among the several states there is lack of uniformity in the regulations governing bowhunting. Over the past few years a trend toward longer seasons and the inclusion of bear and other game animals to the list that may be hunted during a special archery season is clearly discernible. Pennsylvania was the first state to pass legislation making the bow a legal game weapon. Beginning in 1929, game could be legally taken with the bow throughout the commonwealth during the regular hunting season. Two archery preserves, which have since been discontinued, were set aside for bowhunters in 1937. However, it was not until 1951 that a law was passed which enabled the Game Commission to declare an open season for hunting deer with bows and arrows exclusively. In Pennsylvania, the Game Commission is empowered to fix the time and duration of the special archery season and to declare the sex and description of deer which may be legally killed. Beginning in 1951 and in each of the succeeding years there has been a special archery deer season of approximately two weeks duration during the first half of the month of October. Only bucks are legal game with a limit of one during the combined seasons. A special archery license fee of $2.00 in addition to the regular resident hunting license fee of $3.15 is required. The regular license covers both large and small game. A special archery license is not required to hunt during the regular hunting season.

Pennsylvania has the sixth largest deer herd in the nation. However, the herd has an unbalanced sex ratio. Special antler-less deer seasons have been held after the regular hunting season over a period of years in an attempt to harvest the surplus of does where the food supply of the range has been depleted. Pennsylvania has not had a hunter’s choice deer season. From 1951 to 1954 inclusive, bowhunters bought 39,340 special archery season licenses and reported a total kill of 196 bucks.

Michigan is credited with possessing the largest white tail deer herd in the United States, an estimated 600,000 deer. A resident license to hunt deer and bear costs $3.50. The total kill for the 1954 season was 97,000 deer. Fifteen hundred of these deer were killed by the 29,000 bowhunters who participated in the special archery season for bear and deer of either sex, which extended from October 1 to November 5 and covered the entire state with the exception of two counties. Michigan has had a special archery season since 1937 when two counties were opened to bowhunters from November 1 through November 14. The bowhunter was permitted to shoot bear, and deer with three inch antlers. A total of 194 licenses were issued for that first special archery season and the bowhunters bag consisted of four deer.

The Wisconsin white tail deer herd is ranked third largest in the nation, exceeded only by the herds in Michigan and Minnesota. The herd is estimated to number 500,000 deer. Wisconsin established the first special archery deer season in the United States in 1934 when two counties in the south central part of the state were opened to bowhunting from November 24th to November 28th. Bucks not less than one year old were legal game. Forty bowmen registered for the hunt and one lone deer was reported killed. With the exception of the year 1935 when there was no open season for deer, Wisconsin has had an annual special archery season. The length of the special archery season has been increased year after year until in 1954 all of Wisconsin’s 71 counties were open to bow and arrow deer hunting for a period of 51 days. Bowhunters have also enjoyed special seasons for hunting bear, turkey, and pheasant. Resident hunters who wish to hunt deer may purchase a license for $2.50. A small game license costs an additional $2.00. Bow and arrow hunting is now considered Wisconsins’ fastest growing outdoor sport. In 1949 an estimated 12,000 bowhunters killed 551 deer. This is the highest kill reported during nineteen Wisconsin bowhunting seasons to and including 1953. The year 1953 marked the seventh consecutive season in which bowmen could hunt a buck, doe, or fawn legally. Annual kill records show a total of 2,867 deer taken by bowhunters in Wisconsin during the 19 years of established bow and arrow deer seasons including the year 1953. The insignificance of the kill indicates a negligible effect on the deer populations, and in the opinion of the authorities there is no need of a reduced season from a game management point of view.

Reports from Michigan and Wisconsin show that between 5% and 6% of the bowhunters succeed in bringing down a deer during the special archery seasons, while at least 30% of the gunhunters bag a deer during the regular season. The authorities in these states are unanimous in concluding that the sport of bowhunting offers a maximum of recreation with a minimum harvest of game, and where herd reduction is necessary in problem-areas an unlimited amount of bowhunting would have no appreciable effect on the harvest of deer.

In 1951 West Virginia joined the growing list of the states which have introduced a hunter’s choice deer season in an attempt to reduce the size of the herd to conform to the available food supply. In 1954 West Virginia deer hunters harvested an estimated 16,672 deer, divided almost equally between bucks and does. The Conservation Commission of the state believes that the hunter’s choice deer season has proved to be the way to obtain maximum harvest of deer as well as providing a maximum amount of sport to the hunter. The hunter’s choice seasons have demonstrated that West Virginia is capable of a sustained kill, greater than was ever obtained during bucks only seasons; and it assures West Virginian’s the opportunity of harvesting the deer surplus legally, instead of permitting it to be wasted through starvation, or old age. In four years, better than 75,000 deer have been cropped in West Virginia, nearly twice as many as were taken in the state in 20 years of hunting only buck deer. West Virginia officials believe that they will be able to harvest deer at a slowly increasing rate until an annual kill of 25,000 deer has been attained.

An overall picture of bow hunting in the nation may be gained from an examination of the data shown on the accompanying chart,

The size and condition of the deer herd in any state is the result of a number of factors: extent of the range, food supply, sex ratio, and gun pressure are major factors which must be taken into consideration by wildlife administrators if we are to obtain the maximum of benefit from the herd. At the turn of the century there was an abundant food supply and the problem consisted in building up a herd. Stocking, closed and still later restricted seasons, and limiting the kill to antlered deer served to build the herd to a size where deer were rapidly depleting the available food supply. Antlerless deer seasons were introduced in an attempt to control the size of the herd. A glance at the chart will show that most of the states have repealed the bucks-only law and permit a hunter’s choice during the regular gun season as well as in the special archery season. Results have proved the wisdom of this decision. A better balance has been achieved between the sexes; deer are increasing in size; trophy racks are more in evidence as the herd is brought more nearly in balance with the food supply, and there is less evidence of deer dying from malnutrition during the winter months. Fears that a hunter’s choice would deplete the herd have been unfounded and the yearly kill is being maintained at an impressive figure.

The extent of the special archery season in the several states is roughly proportional to the number of years such a season has been in effect within that particular state. A similar pattern runs through each state. The first year a limited area is opened for a few days. In succeeding years the area is enlarged until it includes the entire deer range and the season and bag limits are expanded as more and more persons are attracted to the sport. The 51 day, state-wide, special archery season for bear and any deer which is enjoyed by Wisconsin bowhunters who need purchase only a regular hunting license is an impressive example of what may be accomplished by enlightened wildlife management under present day conditions toward securing the maximum recreational benefits from our wildlife resources. 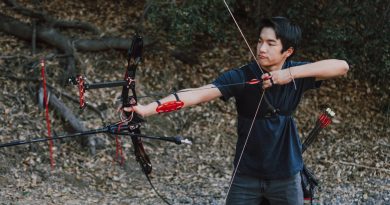 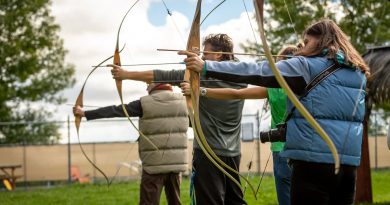 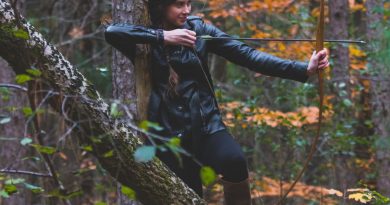